A mSATA SSD is an SSD in much smaller formfactor. It is designed for use with portable, power-constrained devices like laptop, tablets and netbooks. The size of a mSATA is roughly like a business card. It has got all the functionality and benefits of SSD in it as it is an SSD, just with a different name. The main differences between the mSATA and a SATA SSD are physical size and the connectors. Rest, they both work on SATA III speeds meaning absolutely no difference in Read/Write speed. There are definitely some advantages of mSATA SSD over traditional 2.5-inch SSD as size while making compact definitely matters. mSATA SSD pros and cons are moreover like the SSD with some features added here and there.

With same SATA III speed but smaller formfactor, it can be beneficial to the smaller and more compact devices to save precious space. The only extra thing you will require is a special connector for the mSATA. You can somehow replace all your hard disk with mSATA SSD but you will face some other SSD drawbacks then like PE cycle, bit loss and others. You can buy some of the 1TB SSD from amazon. Some of the mSATA SSD pros and cons are listed in the sub-topics below. 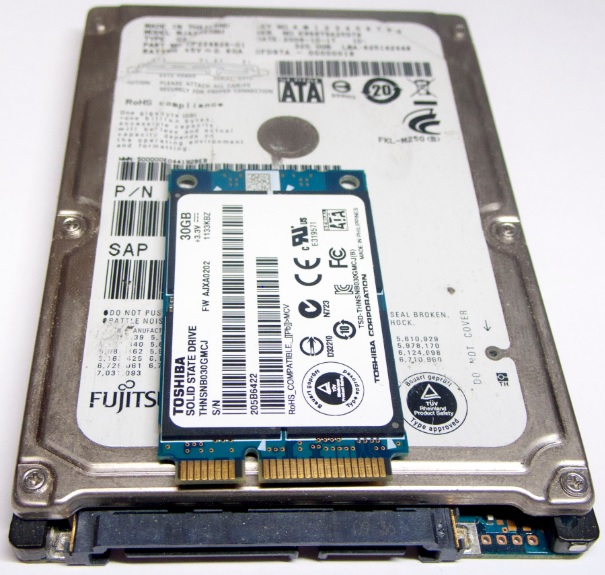 Hence, these are some of the mSATA SSD pros and cons. The technology is moving faster and with advancement every day, we feel slower every day. The newer generation of storage devices are faster, smaller, safer, but costlier than it used to be. As a conclusion, switching to newer devices are your personal preference but deciding whether to switch for them or not should be done analyzing their pros and cons. mSATA SSD is great storage option, but it might not be for everyone out there.