Anti-Lock Braking System also popularly known as ABS is the revolutionary braking system in car, bikes and many other vehicles. Though ABS seems very beneficial, it has both the pros and cons. We are about to discuss and point out those pros and cons of anti-lock braking system.

Pros and Cons of Anti-Lock Braking System are as follows: 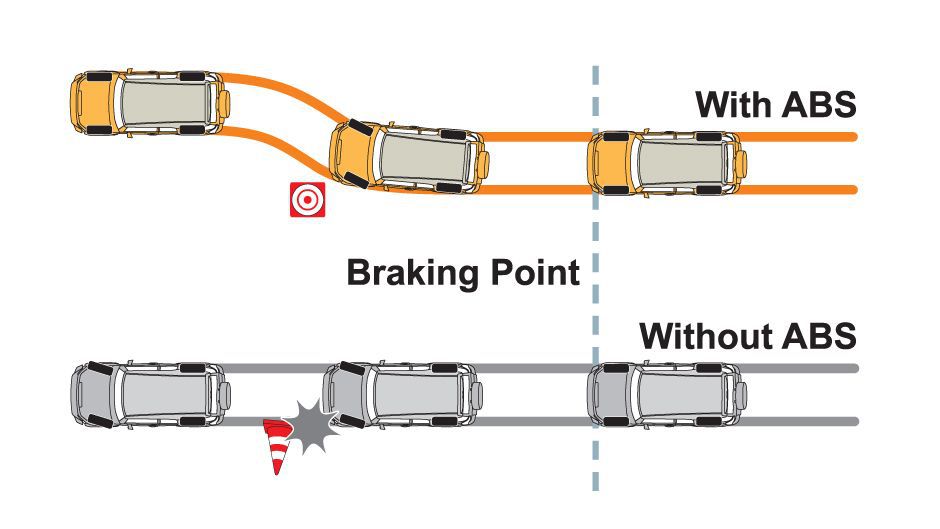 An Anti-Braking Braking System, in slippery condition, prevents lock-ups, skidding and surefooted braking over the icy roads. Anti-lock brakes have been well known for saving lives of many people and also in many situations helping the drivers keep control of a vehicle and to steer out of potentially dangerous scenarios.

As it is a tested safety device with lower risk of accidents, the cars that have ABS technology can keep your insurance payments down as insurance providers most often give special discounts.

ABS with the feature of ABS technology, ABS has bear better resale values. ABS technology adds to the value of your vehicle. Since it is a very standard-issue on every cars and trucks available, not having ABS now means that your vehicle will sell for a lower price.

An Anti-lock braking system shares some of the infrastructure of a traction control system, where new technology makes it easier for manufacturers to install traction control in the factory.

Even though anti-lock brakes are known for its safety feature in most situations, and insurers consider them to significantly lower risk for a vehicle, all the drivers has found some of the down sides using this ABS system:

It is true that Anti-lock brakes are made to provide for safer braking in slippery conditions but drivers have reported that the inconsistent stopping distances for regular conditions are lengthened by their ABS, either because of errors in the system, or of the clunking or noise of the ABS.

Despite the fact that it is known for its excellent features, ABS can be expensive in terms of its maintenance. A slight error in its expensive sensors on each wheel can cost thousands of dollars to fix if they get out of calibration or develop other problems. This is main reason why many buyers get themselves a new car instead of repairing it.

The major concern in ABS is that the electronic systems are quite delicate. By messing around with the brakes, it may cause disorientation of the ABS, with possibilities of system damages.

Hence, these are few of the pros and cons of anti-lock braking system. It has its own importance in vehicles. With the increasing focus on the safety features, many country is making ABS compulsory in vehicles.