GoPro has come up with Hero 7, the latest and the greatest in the action camera market. With new added features and functionality, Hero 7 is definitely the one with the advancement in the previous version. It is a perfect action camera, action in the sense that we can just press a button and start to shoot any subject we want to capture, as simple as that. You can capture you daily life in HD quality from a camera that is barely bigger than your palm.

The overall form factor of the GoPro Hero 7 black looks exactly as the previous Hero 6, but it looks like Hero 6 with some alteration and fixing the wrong they have been doing through these many years. GoPro Hero 7 Black is now officially black in color. The added functionality makes it better-to-have action camera. The better karma like gripping solution eliminates the need to buy new and expensive grip. 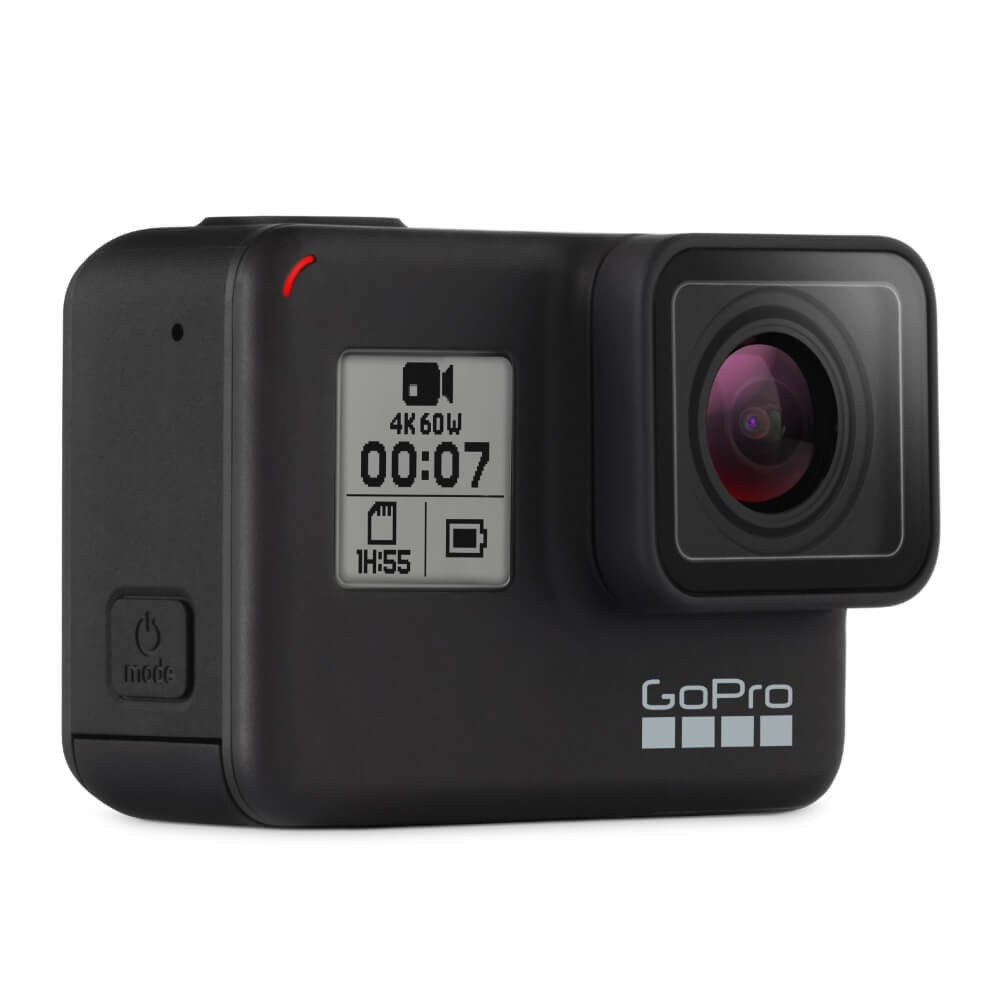 Though the Hero 7 is the latest addition to the family with some cool features, it still has its own set of pros and cons that people tend to get after few usages. The pros and cons of gopro hero 7 black is given below.

With the much-improved microphones, the audio quality of GoPro beats its predecessors by some fair margin. The external mic can also be hooked up in the GoPro, but the internal mic too is now powerful enough to do the job well.

Hero 7 has some improved UI which makes surfing through the features butter smooth. There is voice control as well which makes the GoPro easier to manage and work with.

Now using your mobile phone’s video quality while going live is task from the past. Hero 7 lets you go live via Wi-Fi or mobile phone’s network just with few steps of setup. It is the feature that was much awaited in the action camera.

As all the physical form factor is similar as that of the previous Hero 6, all the cases and mounts and all are a complete fit for Hero 7 as well. So, while switching from GoPro Hero 6 to Hero 7, you won’t have to buy all those attachments again.

Hero 7 is waterproof up to 10 meters, that too without any case, once you attach the waterproof case, you can easily reach further depth easily.

The improvements are a basic and minor one, the physical form factor is similar to the previous one. The improvement can be seen in grip and UI section while other are improvement in software.

The battery life of Hero 7 is similar to the previous one. There is no any effort seen that could improve battery life.

While the Hero 7 support hypersmooth and live streaming and all, it can sometimes get hot while recording in 4K.

While the price of GoPro Hero 7 is somewhere same while cheaper than Hero 6 in UK, it is still is expensive enough for any individual to afford them.

Hence, the Hero 7 might be a recent addition to the family, but it is not that much improved or developed as compared to Hero 6. Hence, while there are some advantages in the newest GoPro, the disadvantages are too not negligible. Switching from Hero 6 to Hero 7 is a personal preference but not advisable. If you are dying to use the newest features, then you can buy them right away, but Hero 6 is a great camera on its own and works great.